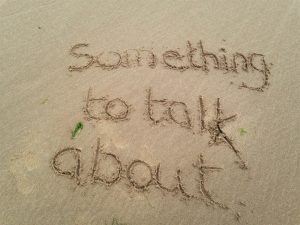 Feedback that previous clients have given about working with me:

“My 4 year old daughter had really poor speech when Ali began working with her. You could not always understand what she was saying. When Ali assessed her she realised quite quickly that she had a problem with her velum and referred her to a specialist hospital clinic for further tests, x-rays and an appointment with a consultant.   The hospital confirmed Ali’s original diagnosis.  Ali began working with  her and after several months her speech has improved dramatically and so has her confidence.”

“Our 12 year old son has had a lisp since early childhood. As a result he could not say ch, s,  j and r sounds.  After six weeks of working with him Alison had taught him to pronounce all of those sounds. He really enjoyed the fun sessions with nerf guns and interesting games.  She really cued into his interests and even designed a therapy session for him around the periodic table. He loved this and every time he mastered a new speech sound they made a speech ninja (model figure) together to celebrate his achievement. ”

“My 4 year old daughter waits at the window for Ali to arrive and calls out her name when she does.  This always makes me smile because it wasn’t that long ago when she wasn’t saying much at all.  She has come on leaps and bounds in the last few months and we are so grateful. She also cries when it is time for Ali to leave, as she loves the fun sessions with her. “

“Today she brought along a tiny Christmas tree, miniature decorations and tiny mini wrapped presents to teach our daughter (with delayed language) the prepositions IN, ON and UNDER. This is just one of the many examples of the fun activities she does.”

“I have had speech problems throughout most of my teenage years and adult life.  I could not say “sh, v, r, z,  j & ch.  I also stammered.  It really affected what I felt I was able to do in life and undermined my confidence. It was beginning to affect my career choices too.  I avoided talking if I could.  After four months of therapy with Alison I was able to pronounce all of my speech sounds correctly and for the first time in my life could walk into a chip shop with my friends and order fish and chips, because I could now pronounce those sounds. I actually cried the first time I did it.”

“She made me feel so confident in my ability to parent my child with Autism. Her encouragement and belief in me as a parent really helped me bond with my child better.  It also helped me to come to terms with his diagnosis and see hope in his future, when I could not see any.  She also introduced him to PECS and he began to say words a couple of months later.  It was the best money we’ve ever spent.  So glad we did it.”

“I had a stroke and it left me with aphasia. I had word finding difficulties and felt very self-conscious about no longer being able to talk the way I once could.  Ali helped me with therapy for over a year and at the end of it I could do so much more. She also helped me to accept that I would never return to the way I was before, but could still do a lot of things.  I will miss seeing her every week now she doesn’t visit me anymore.”

“Our son’s speech and language assessment was very thorough. The report that Alison produced was comprehensive and stated explicitly what his needs were. She diagnosed him with a language disorder and we realised why he had been struggling for years.  Her report helped us understand him better and also helped us obtain more appropriate educational provision for him. He is now in a specialist provision getting the support he needs, is thriving and is so much happier. Thank you so much Alison for your thoroughness and for supporting us through the process.”

“I have learned so much about Autism from Ali. It has really helped me to understand my daughter better and know how to help her.”

“We have had great resources and ideas from her to use with the students at our school.”

“Our son has a lot of anxieties and Ali made him a worry monster doll so that he could draw all his worries and feed them to the monster.”

“I never thought I would enjoy doing scales to the words WHOOP & BOOM. In our Parkinson’s therapy group Ali had us all doing exercises and saying all kinds of sounds to help make our speech louder. It was so much fun as her enthusiasm is infectious.”

“Almost every therapy session for my aphasia is uplifting. We laugh our way through therapy activities each session.”

“After years of seeing a variety of health professionals and getting nowhere, Alison’s assessment and report helped him get a diagnosis of ASD and also a more appropriate school placement. We had been struggling for years and my son desperately needed help. Her report helped bring about some positive changes for him and we were so grateful.”

“After my wife’s traumatic brain injury she had significant difficulties with language. It was hard for her to understand what people were saying and it was difficult for her to speak.  One therapy session involved a tea party where my wife had to give instructions to Ali to find everything necessary for making tea and laying the table, and then describe which cupcake she wanted (she had brought along a selection of them). This was such a lovely experience after being in hospital for a long time and it was great to see my wife interacting in such a positive way.”

“The day my son attended a clinic and was diagnosed with Autism, Alison called me in the evening to find out how I was and how it went. I’ll never forget the care and thoughtfulness I received at a time that was so emotional.”

I was left with dysarthria and slurred speech after a right sided stroke. I was very self-conscious about my speech. I found the exercises from the previous therapist boring and embarrassing. Ali got me doing my exercises whilst playing board games which were fun. I didn’t feel quite so self-conscious anymore and I definitely wasn’t bored. I felt far more motivated to do them and began to make progress as I did them.”

6 year old child with speech difficulties, speaking of their progress = “I did it, because I’ve got Ali in my life.”